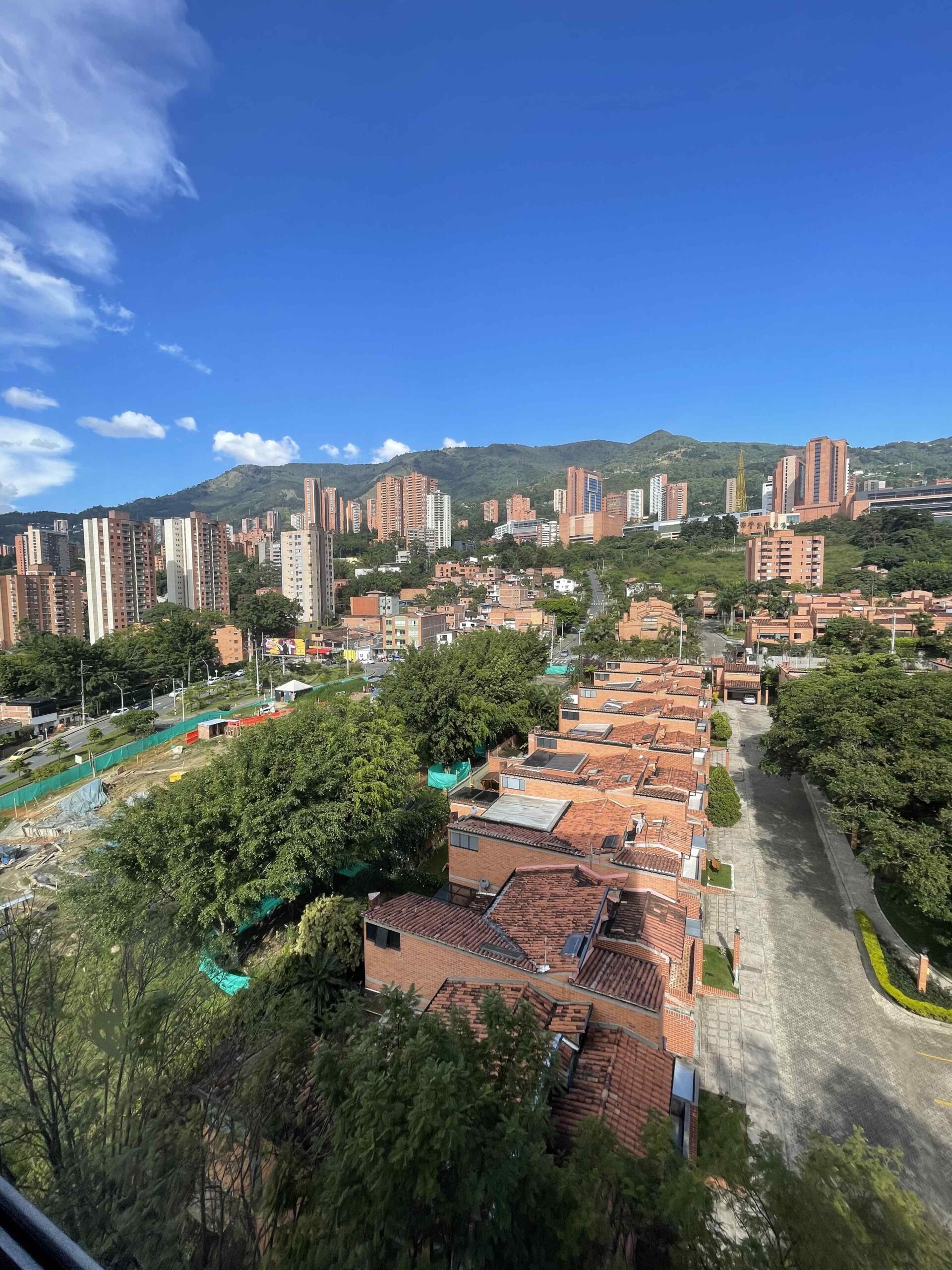 On the afternoon of Saturday, August 21, 2021 I landed in Medellín, Colombia. Despite sleeping in and almost missing my flight, I did make it and everything was on-time. The line for immigration was longer than expected, but once I made it to the officer it was super easy. Getting a cab was a bit of a hassle but eventually I got one. Lesson learned, use Uber/Cabify the rest of the trip.

The international airport is on the opposite side of a mountain from the city. There’s a long tunnel that goes through the mountain and emerges at the top of the city with great views! Arrived in my Airbnb and my host was there to greet me and show me around. It’s a bit smaller than expected, but still modern and clean. Probably the best part is the patio with views like this!

My main goal the first two days was to get settled into living in Medellín. One of the first things I did was to get a pre-paid local SIM card so that I didn’t have to pay international roaming on my US plan. This is a huge cost savings (AT&T wanted $10/day) especially if you’re going to be here long-term. Plus, it’s handy to have a local phone number to give delivery services, Uber, etc. After that, I went grocery shopping at Carulla (kind of like Whole Foods) to get some basic supplies.

Despite being tired from traveling, I did end up going to a nightclub called Club Oráculo my first night. I quickly learned not as many people understand English as I thought would. I struggled to use Google Translate to order a vodka sugar free RedBull. The club had a few areas playing different genres of music. The lower level was the largest and had drag performances mixed with DJs playing pop music. The music was a mix of songs popular in the US and other things I’ve never heard. I later learned the popular genera of music here is reggaeton. In particular, this song is super popular here (translates to “Pills” in English). I’ve heard it 50+ times and everyone sings along when it comes on.

As I write this, it’s been a little over a week since I arrived. Working remote in Colombia isn’t really all that different than working remote at home in the US. The only real difference is remembering to convert the time zone for meetings etc.

Here’s a few highlights from week one in photos.