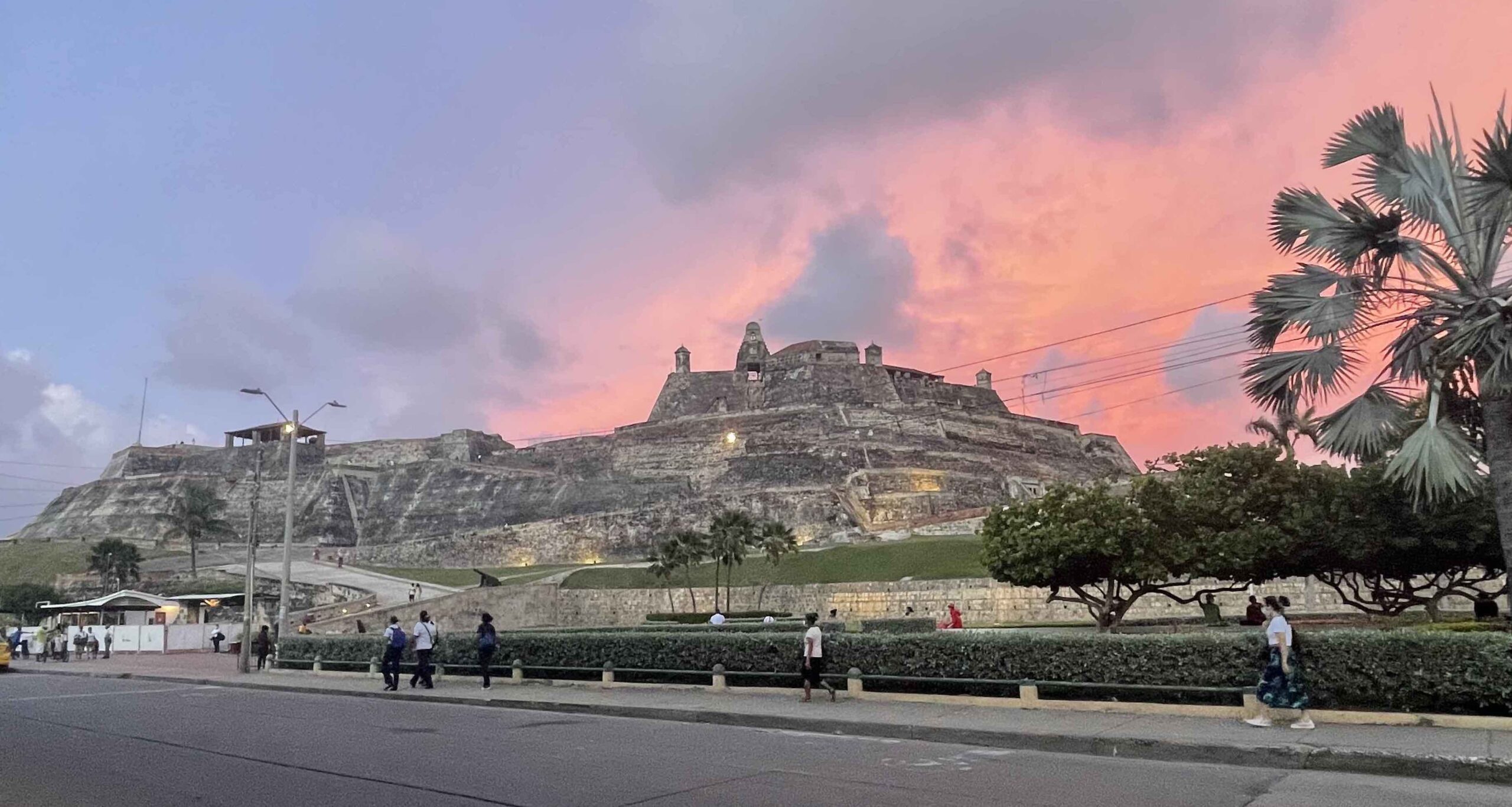 Although most of my time in Colombia will be spent in Medellín, I am taking two weekend trips to other cities. The first being the costal city of Cartagena on the Caribbean Sea. The first two of four nights I spent in an area with more locals. I arrived Thursday evening and grabbed a quick dinner after checking in after which I had a couple drinks at a small gay bar, Le Petit Cangero. I learned that first night that many smaller establishments in Cartagena don’t take credit cards so I had to walk with one of the bartenders, Will, to an ATM nearby to get cash. He spoke a little bit of English so we had a bit of a conversation and exchanged WhatsApp numbers.

The next day I woke up relatively early and found an upscale coffee shop, Libertario Coffee, within walking distance that also served breakfast. I ordered a cold brew and corn waffle (which kind of tasted like corn bread). I’ve learned that honey is often used in place of what we in the USA would use maple syrup. Honestly, it wasn’t bad! Later in the day I decided to check out another coffee shop, Cafe del Mural, that was also a roastery. Again, ordered a cold brew (that’s my thing). While I was there, they were roasting beans on a frying pan over an open flame.

That night, I ended up meeting up with Will who wasn’t working that night. We had some drinks at the bar he works at and then went to his friend’s birthday pool party at a small hotel. I was the only one that didn’t speak Spanish, so he had to translate for me. Unknown to me, Colombians like to party until sunrise! Thankfully the local beer we were drinking, Águila, wasn’t very strong so I didn’t even feel drunk on the Uber home that morning.

Day 3, it was time to move to my second stay on the coast in a more touristy part of town. Spent some time on the beach that day and went to a cocktail class at SkyKitchen. The two other people that were signed up didn’t show up, so I ended up having a private class. We made five cocktails using local ingredients. Ramario was a great host/instructor. It just felt like making and drinking cocktails with a friend. The first thing we had was a shot of a local liquor called Aguardiente which kind of tasted like rum with a hint of absinthe. That night I went to what I believe is their largest gay club/bar called The City Club (again, cash only, but I was prepared this time).

Day 4, I was kind of tired so just chilled by the pool. I also had an early flight the next day, so just had a low-key day.